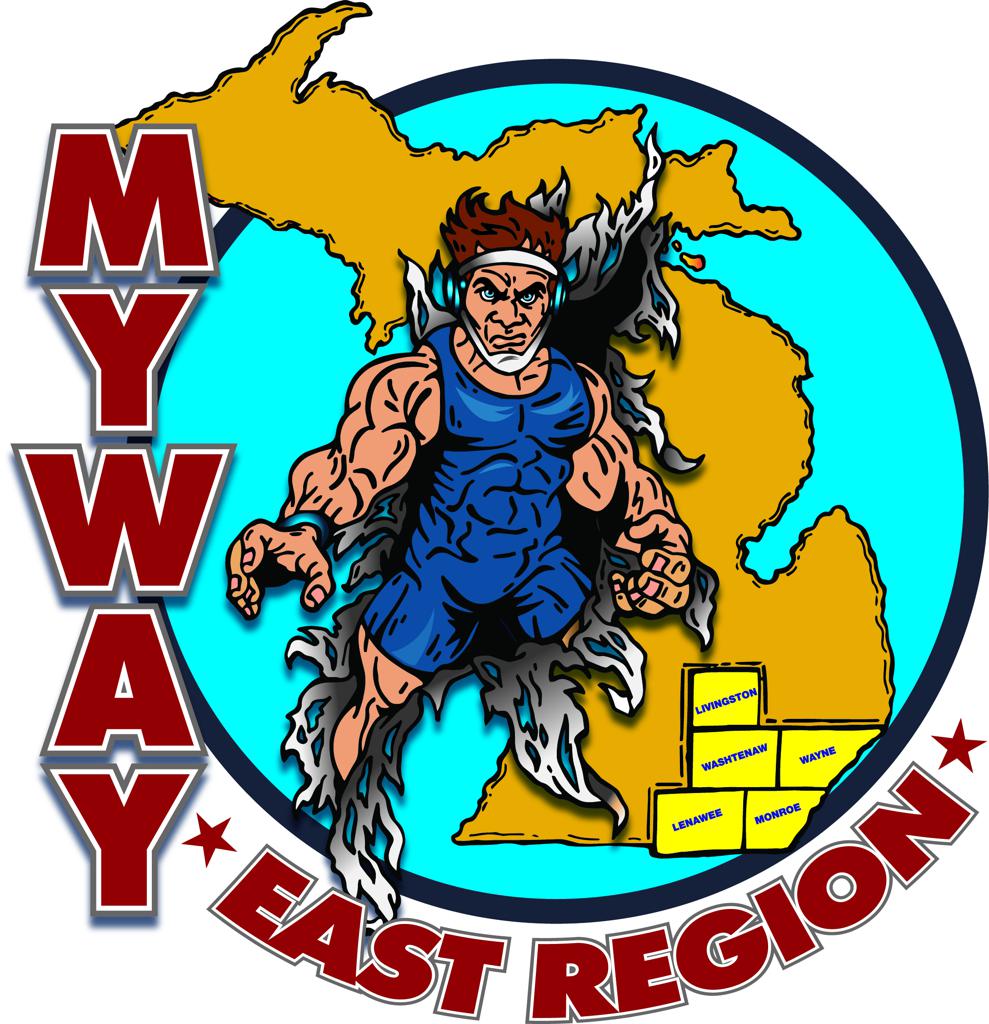 All East Region News & Updates will be made here!!

NEW MYWAY RULE:  Wrestlers MUST compete in 2 MYWAY Individual events in order to qualify for the Individual State Tournament.  (MYWAY DUALS no longer count toward this)

Check your brackets by 7 pm the night before the event (Trackwrestling.com). If you have pairing issues immediately email mywayeastpairing@gmail.com

If you have registration or weigh in issues contact the East Region Director:  markszy@yahoo.com

This video is for tournament workers who will be running the matside computers at tournaments.

Team Admins & Parents:
If you have registration
issues please email
denise@mywaywrestling.com
before 10 am on Friday to help
you. After 10 am Friday you will need to contact the Head Pairer listed on the bottom of your event flyer to make any corrections.

DUE TO COVID CONCERNS

All MYWA East Region Events will follow a “Home/NO” Weigh In Procedure with the Exception of Regionals and the State Finals.

1. A wrestler shall declare his Weight Class at the time of on-line registration. If  you click the wrong weight class or need to make a change, you may do so up until the charts are posted on Saturday night. Coaches only email to mywayeastpairing@gmail.com

2. Skin/nail Checks: shall be conducted by the club coaches and/or unaffiliated wrestlers parents.  Nail issues should be corrected on site prior to wrestling, any other issues should be reported to the head pairer at mywayeastpairing@gmail.com in order to be checked by head official at the tournament.  If a wrestler is found to have an unreported issue while wrestling it shall be noted and that wrestler will then need to be checked each week by an official prior to the start of wrestling.  If a club violates this more than three times, then they will be required to pay an official to check their entire clubs wrestlers prior to the start of each tournament.  The amount paid shall be set by the head official.

3. Random Audit: 30 minutes prior to the start of wrestling, two mats will randomly be drawn to be audited. All wrestlers for those mats must then weigh in prior to competing. Any wrestler more than 2 lbs over the weight class will be disqualified and his/her name recorded as if they had been challenged and failed. No wrestler on an audit mat may be subsequently challenged during the tournament.

4. Challenge Procedure: Club President/designated agent/coach of unaffiliated wrestler for that tournament will be able to challenge the weight of any wrestler in the tournament who was not subject to the Random Audit. Any challenged wrestler must then weigh in immediately at the head table. If the wrestler is more 2 lbs over the weight class will be disqualified and his/her name recorded. If the challenge is unsuccessful, the Club that challenged failure will be recorded.  Challenges may only be accepted during the first round of wrestling.

5. If a wrestler has been disqualified, for the next three (3) future tournaments they must weigh in at the head table 30 minutes prior to the beginning of his/her wrestling session. A second missed weight will result in disqualification for the remainder of the season.

6. Once a club/unaffiliated wrestler has had 3 failed challenges, they will be ineligible to challenge for the remainder of the season.

7. Each club or unaffiliated wrestler will be required to collect payment for all their wrestlers and turn that payment in to the head table prior to the start of wrestling.