Bedford will be hosting MYWAY School Team Duals on Saturday 2/15 for Youth Age Based 10U & 12U Teams. Limited Entry so be sure to reach Brett by Email to secure possible entry at: glwcwrestles@yahoo.com

Thousands of youth wrestlers from all over Michigan will travel to the Lansing Convention Center this weekend to battle it out for MYWAY State titles.  The future stars who will be on the mats will not only get the chance to meet their peers; they also will be able to interact with and get autographs on Saturday from some of the top wrestlers in the country, Kyle Dake and Gabe Dean.

The Cornell standouts combined for eight All-American performances at the NCAA level, including six national championships.

The most falls in a campaign previously belonged to Dake, who made a triumphant return to the sport earlier this year with a dominant freestyle championship at the Paris Open.  Dake's four-time national championship career with Cornell is well documented in the recently released movie Four for Four.  http://watch.4for4movie.com

Both Dean and Dake will certainly be factors on the international scene, starting with the US Open in Las Vegas in late April.

Come out and meet them in Lansing on Saturday while watching top notch wrestling at the MYWAY State tournament. 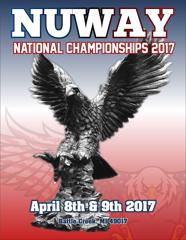